Mărășești: Depiction of the Romanian dichotomy Charlotte is doing a volunteer project in Romania

Every change leads to uncertainty. Moving from France to Romania – an almost undiscovered country located in the east European- increased my curiosity as well as some fears. I wondered how life would be in an ex-communist country; I did not know much about Romania apart from this historic facts. Besides, my destination was quite unusual: I was going to the Romanian Verdun: Mărășești – a little town in Vrancea County –, part of one of the 20th poorest region of the European Union. Here is an attempt at summary what I discovered during six months here.

Located next to the “death road” – such a charming nickname of the National road E85 due to its high number of deadly incidents-, Mărășești seems to be a place of the past. Both famous for its Mausoleum and its poverty, the town suffers from several prejudices. I remember to experience them even before I reached the place. Six months ago, during my way from Bucharest my bus mate -a woman from Piatra Neamt who barely spoke English- forewarned me of it “Don’t go there. Not a good city. Dangerous place. Poor, really poor, many gypsies. Dangerous.” It sets the tone. I did hear again these kinds of comments many times while I was travelling along Romania. However, my living experience here tells a different story. Through the lens of my foreign perspective, the town is a mirror of the Romanian dichotomy. I explain. From an outside point of view both Romania and Mărășești are considered as dangerous places. But, despite all the complex problems of poverty that affect them, it turns out to be easy and safe to live there.  People seem to be apart from any concerns relating war, refugees’ crisis, terrorism and so on. I remember once how a Romanian man told me, laughing: “We don’t need to care about that, no one wants to come in Romania”. It is true they don’t worry much. Children play peacefully in the streets of the town; doors of our neighborhoods’ buildings are opened all day and all night long.

A country in a town It comes up that Romania is a “village country”. The Romanian population is as united and welcoming as you could expect from people in villages, which it might be due to the hard times of communism and dictatorship. I wrote in purpose the Romanian population and not the Romani one. Walking through Mărășești offers an accurate vision of their cohabitation. Built in length like the majority of cities, the town is crossed by a main road. The journey from the train station until the north eastern part of the town illustrates the complexity and the diversity of the country’s reality. Surrounded by garbage, the route pass over a mix of houses and ruins. Middle classes coexist with poverty; cars with horse-drawn carriages. The whole city portrays this strong duality. It seems to me that there are two juxtaposed worlds. Even the landscape depicts this contrast: farm fields stand next to abandoned industries. These two sides of Mărășești are the two faces of Romania. Passing over the grey buildings and the green patches of flora, the vivid colors of some gypsy’s outfits differ from the monochromatic road. The town, which has been left in the sideline by the authorities, illustrates a rural way of life, only disturbed by the stray dogs’ barks at night. It is for me the perfect example of the main problems that Romania encounters: pollution, poverty, corruption and stray dogs. But Mărășești is as well the field of an undergoing change: the unity of its population, its strong cultural background and its natural and local agriculture appear to be the strengths of this young European nation. 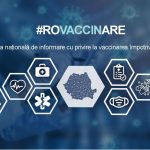 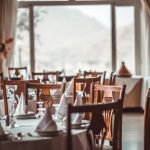 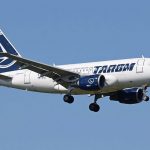 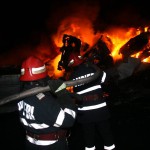 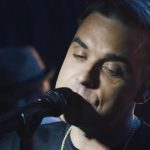